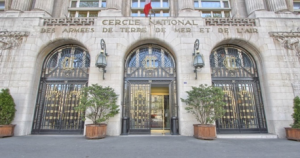 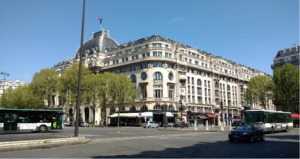 CNA can be reached 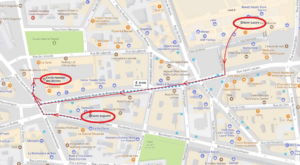 Getting to Paris by train

You may reach Paris by train from European countries. You might arrive at one of several train stations (Gare du Nord, Gare de l’Est, Gare de Lyon) but they are all inside Paris, directly connected to the subway system: see RATP for planning your trip from there.

Getting to Paris by flight

Paris has two airport: Roissy / Charles de Gaulle and Orly. The first one is located North of Paris, the second one South. Either way, you can reach Paris from the airport by taxi, bus or train. There is a third airport at two hours driving distance away from Paris (west of Paris), it is the Beauvais airport. There are shuttles for all the flights, it costs 15,90 € the one way trip, you may find more information here.

The Parisian subway and bus network is very reliable and it is operated by RATP. The same tickets work on subway, bus, tramway RER (train network inside of Paris). It costs 1,90€ if bought at the station and 2€ if bought in the bus, and you can use it even for trips including transfers, see more details here. A 10 tickets pack costs 14,90 €.If you stay for the week you may consider to buy a weekly package: it starts on Monday and ends on Sunday, costs 22.80 € and is valid on the whole regional network, Versailles included (you’ll need a photo).

The system is standard for occidental countries. Just plan for the likely case where the driver does not speak good enough English. More information, including standard fares, may be found on Aéroport de Paris’ official site, for Charles-de-Gaulle and Orly airports respectively.

Vianavigo and RATP (for the Parisien public transportation network) . Uber is well developed in Paris. CityGarden  is an application with the parks next to where you are.

The French currency is euro (€). Credit cards are commonplace in Paris and ATMs may be found easily.  Some stores, bakeries, etc won’t accept cards under 10€.

Paris, the capital of France is also considered the capital of the arts, having an enormous cultural patrimony. The most beautiful and famous places to visit are the Louvre museum, the Orsay Museum, the Castel of Versailles and its magnificent gardens, the Casle of Fontainebleau and not less beautiful gardens, the Castle of Vincennes. You may find other tourist information here. You may take a look on Google Arts and Culture, it will surely make you want to visit these places in reality.